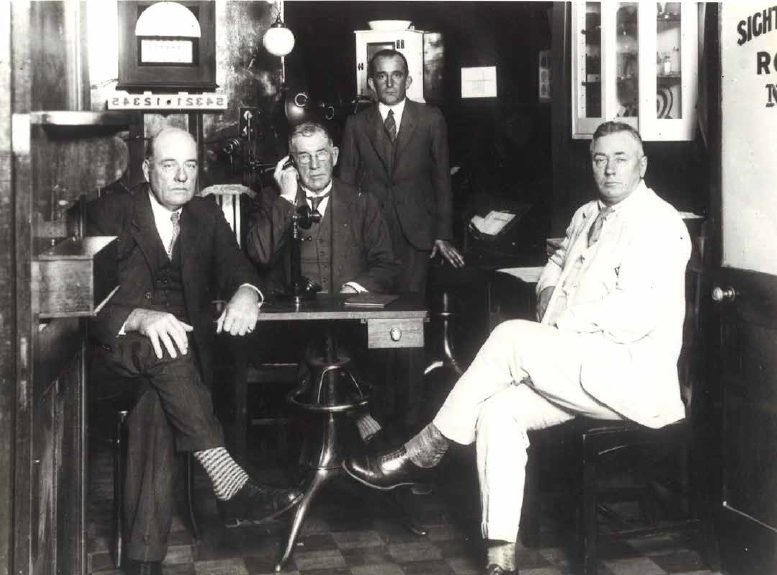 The Laubman & Pank story goes back to 1908, when two pioneering optometrists from South Australia, Carl Laubmann and Harold Pank, met and formed a partnership that will continue to last for generations.

From this humble beginning of two practices in Adelaide, to the now well-established brand it is today, Laubman & Pank Optometrists is proud to serve the eye health and eyewear needs of Australians for generations.

Born Carl Wilhelm Laubmann, to German parents in Stepney, Adelaide, Carl was one of 7 children. He left school and entered the workforce when he was just 14, finding employment and training with renowned Adelaide ophthalmologist Dr. T.K. Hamilton.
At 21, Carl recognised the demand for opticians in rural areas and moved to Broken Hill to set up a practice. He also travelled to the outback offering services in areas such as White Cliffs and Wilcannia, until he met another young optometrist from Adelaide, called Harold George Pank.

In 1908, Carl and Harold became partners and commenced business in Victoria Square, Adelaide. After moving to the commercial district of Rundle Mall, business flourished and over time the two men diversified from being opticians to also trading in optical instruments.

They were renowned for inventing and developing several important optical instruments, lenses and processes, for which patents were granted in both Australia and overseas. Together, they also continued the work Carl had begun, travelling widely to deliver optometric services to people in remote areas of the country, winning awards along the way.

Carl and Harold were so highly regarded, that in 1927 they even visited Albert Einstein in Germany, to personally deliver a report of their observations concerning the theory of relativity (upon a request from the South Australian Government Astronomer).

Following the deaths of Harold and Carl’s wife Maude, Carl handed over the business to his protégées, Don Schultz and David Pank. Under David’s direction, Laubman & Pank went on to become the largest optometric practice in Australia. Since 2003, Laubman & Pank Optometrists has been a part of the Luxottica Group, the world’s largest eyewear and eye-care group.

Today, Laubman & Pank Optometrists has 38 stores across the country and continues the dream of its founders Carl and Harold, by providing the best care possible for the eyes of all Australians.